The only other way to experience skiing this fun is to go to the slopes! Super Alpine Racer is a remake of the 90s arcade classic that comes with brand new characters, completely redesigned courses and a new HD cabinet. Designed in collaboration with Raw Thrills, Super Alpine Racer has a vertically mounted 55″ HD monitor and links up to 8 units so players can compete on the slopes. Multi-colored LED lighting is infused into the cabinet moldings, making for a beautiful and eye-catching simulator game.

Just like the original Alpine Racing games, Super Alpine Racer’s “Multi-Pivot” skiing movement platform simulates the movements of a downhill skier. Hold onto the ski handles on the side then pivot your body side to side to control the movement in the game. Players also feel the wind through their hair thanks to the built-in air blowers, making this an awesome “4D” type experience. Shoot through the gates to gain additional boosts to your speed, blowing past opponents, while performing insane ski tricks in the air.

– Exclusive To Arcades: Even if this was released on home devices, it wouldn’t be the same without the pivot ski controls

– Remake of a beloved classic, Alpine Racer, released by Namco in 1995 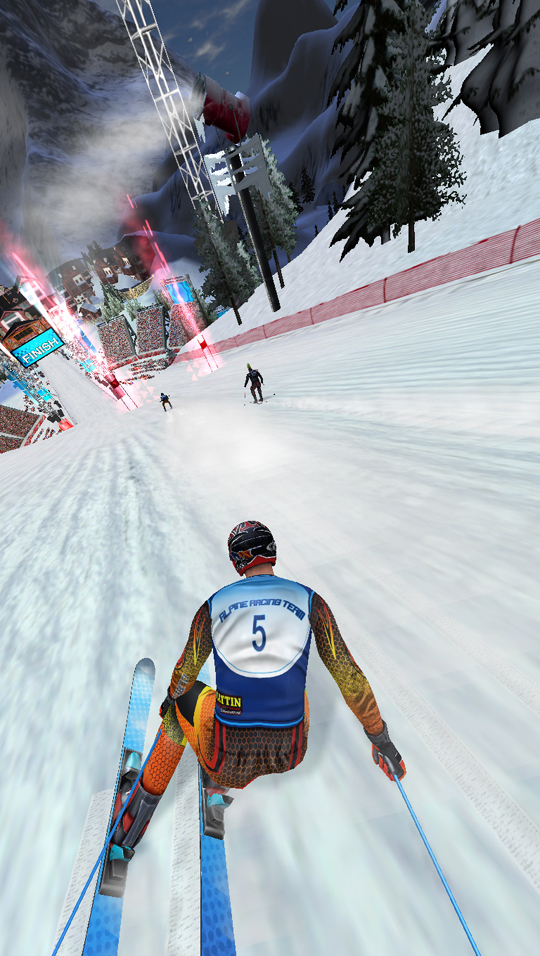 – Choose from various characters who have different stats and tricks

– Integrated wind blower simulates the feel of racing down a mountain

– Multi-color RGB LEDs are integrated into the cabinet T-molding

– Connect up to 8 units for the ultimate multiplayer race!